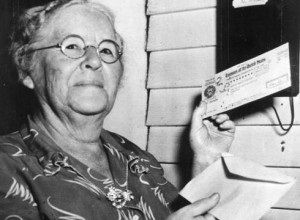 How to apply for Social Security:

In the United States, the Great Depression of the 1930s triggered a crisis in the nation's economic life. It was against this backdrop that the Social Security Act emerged.

On June 8, 1934, President Franklin D. Roosevelt, in a message to the Congress, announced his intention to provide a program for Social Security. Subsequently, the President created by Executive Order the Committee on Economic Security.

The committee was instructed to study the entire problem of economic security and to make recommendations that would serve as the basis for legislative consideration by Congress. In early January 1935, the Committee made its report to the President, and on January 17 the President introduced the report to both Houses of Congress for simultaneous consideration. Each House passed its own version, but eventually the differences were resolved and the Social Security Act was signed into law on August 14, 1935. In addition to several provisions for the general welfare, the new Act created a social insurance program designed to pay retired workers age 65 or older a continuing income.

As we all know the money used to fund social security is withheld from every paycheck you have ever received throughout the course of your life. This money is not held in a special account for you but is used to pay benefits for individuals receiving benefits today, just as your future benefits will be paid by the future work force.

How are Benefits calculated?

Generally, your social security benefit is a percentage of your average lifetime earnings. A worker with average earnings can expect a retirement benefit that replaces about 40% of his or her average lifetime earnings. Social security was never intended to be your only source of income when you retire, but it is intended to supplement your savings, investments, pensions, and insurance plans.

In addition to needing 40 earned credits in order to be eligible for social security individuals must be a certain age to file for Social Security. The age schedule in order to receive full retirement benefits is as follows: 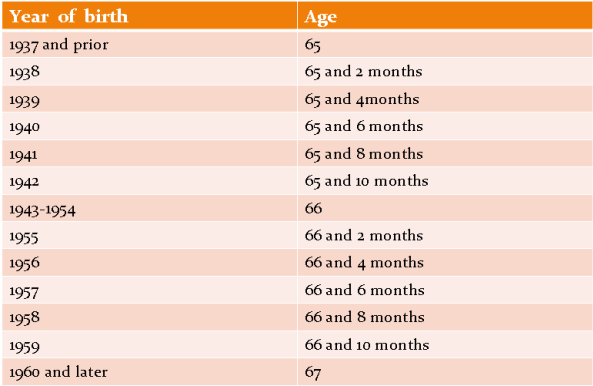 Keep in mind that if you choose to delay your retirement past age 65 you should still file for Medicare within 3 months of your 65th birthday.

To learn more about Social Security or any other topic please don't hesitate to contact the Flagstone Retirement Consultants team toll free at 866.892.2080, or feel free to email us at Info@flagstoneretirement.com

Navigating the ins and outs of Social Security can be confusing. Luckily, we're here to help. This Ebook has the tools you need to get started developing your Social Security strategy.